When Jef Raskin created the Canon Cat he introduced a clever feature in which a bitmap of the screen was saved along with the text data. Before loading the application, the saved bitmap image was presented while the application loaded.

Apple recommends a similar approach for splash screens under iOS: 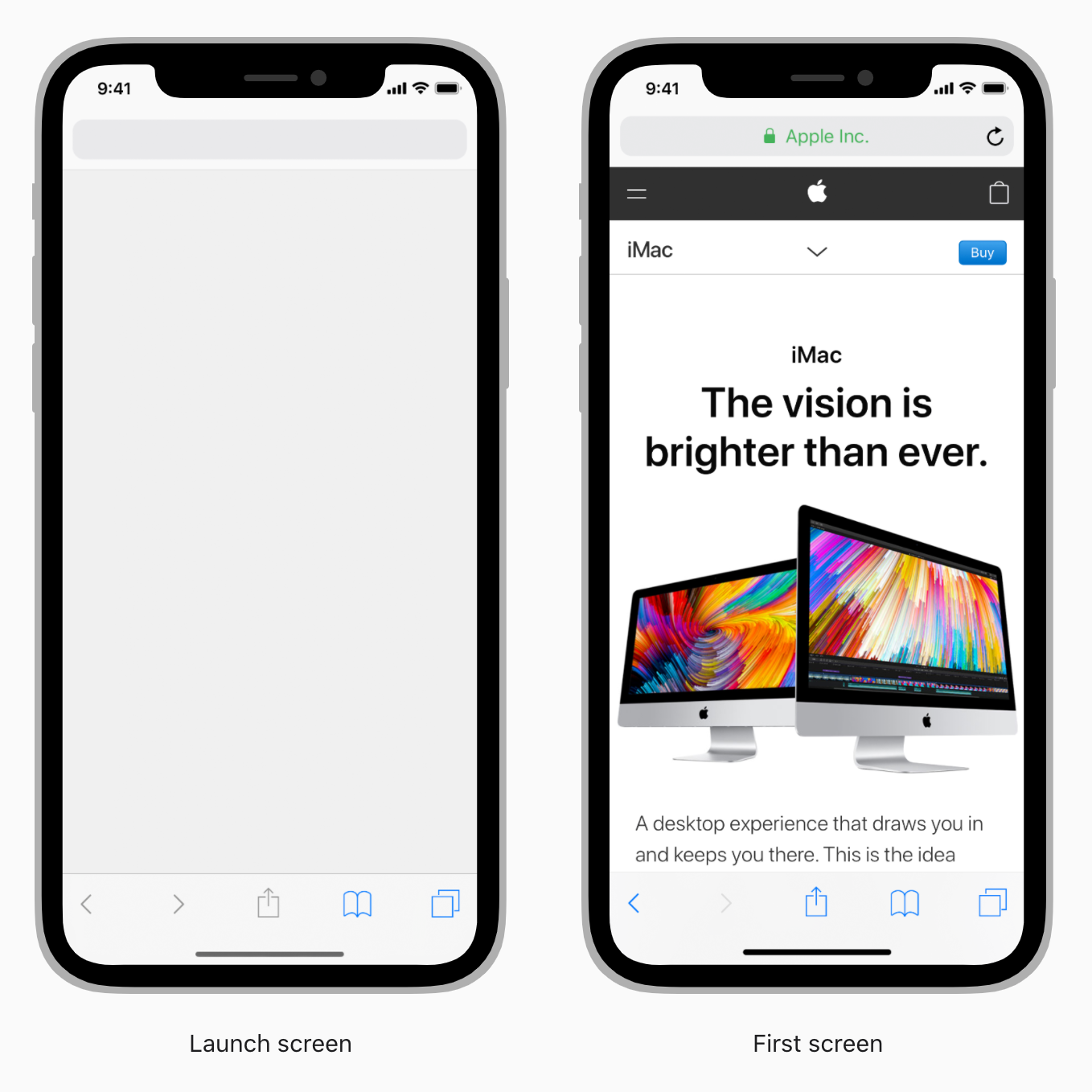 Where most third party applications use the launch screen for branding (ugh), Apple displays a skeleton of the UI which—when fully loaded—will be populated with actual data:

I’m documented a bit of the process in my video work log:

Meta: I dislike creating these video work logs perhaps as much as you, dear reader, dislike watching them, but the purpose is as much improving my presentation skills as it is to document the work done. I already see many areas of improvement (so many ahhhs and eeehm)!