Working with my father

When I arrived to Mexico I was surprised to find myself acting as an annoying know-it-all brother to my younger sister, and dismissive and hand-wavy towards my mother. These were old patterns of behavior which felt as if 15 years of personal development had been erased.

I excused myself saying I didn’t like my own behavior and that I would work on it. They told me not to worry, to them I was Mark before I left my hometown—that was precisely the point, I didn’t want to be a pedantic eye-rolling know-it-all twenty something with my family.

Without much conscious effort (but with enough time together) I was able to rewire my relationships into more healthy patterns. It’s a peculiar experience, people change before your very eyes not because they change or even you change, it’s the relationship that changes, and thus both parties experience themselves differently.

I knew I was missing this spiritual work with my father, to whom I’m not as close as with my mother and sister. In the two years I’ve been in Puebla, I’ve probably seen him six times. We have a cordial relationship, but we’re both more inclined to delve into work rather than to spend time together.

But then, here is something we have in common: we love working on things we’re passionate about, and we dislike being pulled away from it because of social obligations. I thought, perhaps we can work together, not on the same thing but in the same place, both being focused on their own tasks.

So I asked him to invite me over to lunch, and proposed this plan to him. He agreed to two days of week, when he worked out of home. He pointed towards an office chair which had been appropriated the cat, its faux leather scratched into oblivion and lined with cat hair, it was the only chair available. “Don’t worry, I’ll vacuum it when I come to work with you, dad”, which I understood as a spiritual task to kick off our work together.

Today is the second day I work at my dad’s home office. I’ve been impossibly productive, it feels like focus is in the air and things are going great. We don’t need to speak to change our relationship, it’s simply sharing what we love doing, even if the object of affection is not the same.

Today I arrived to his home office with Deep Work, a book I bought off Amazon: 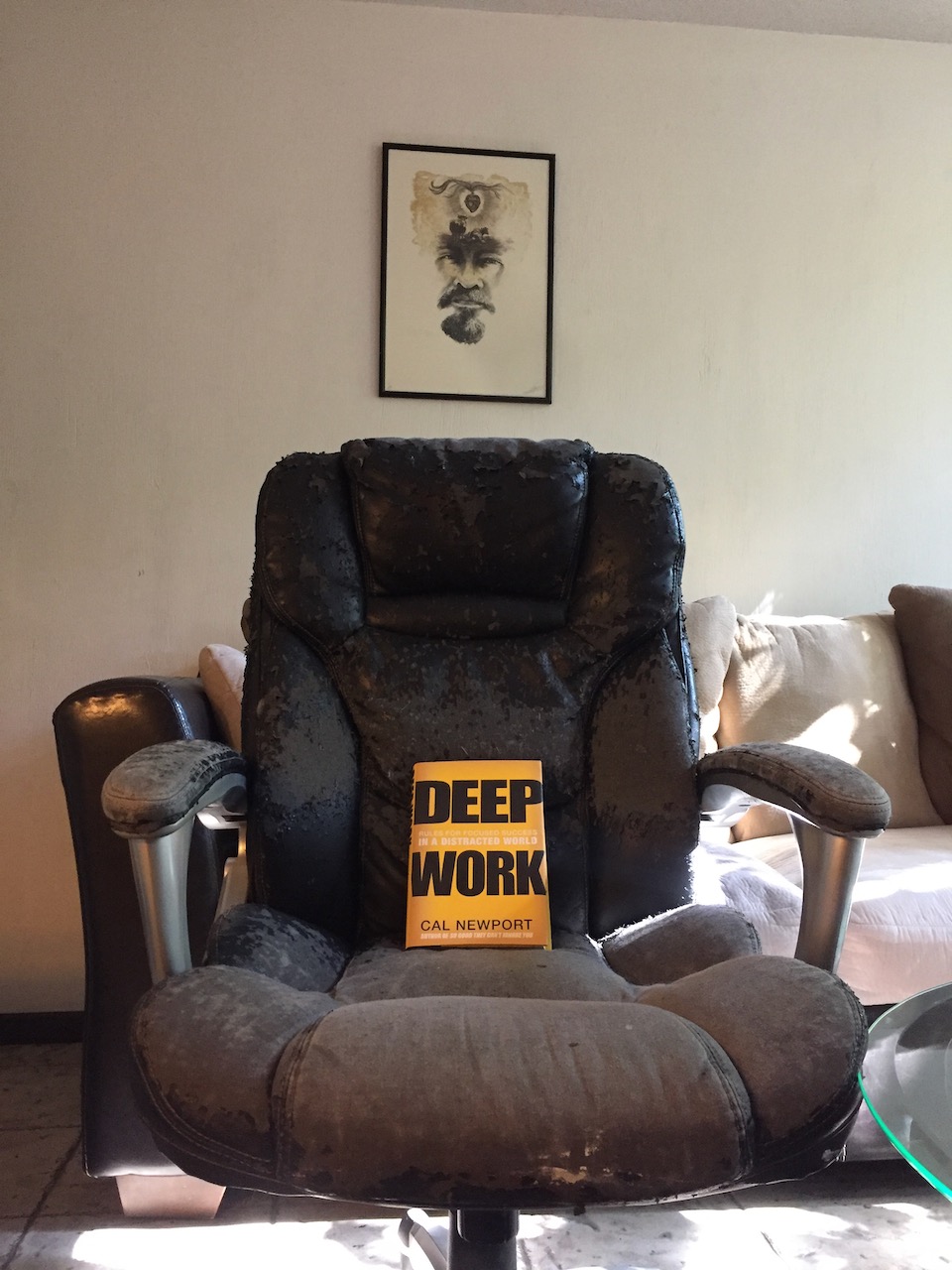