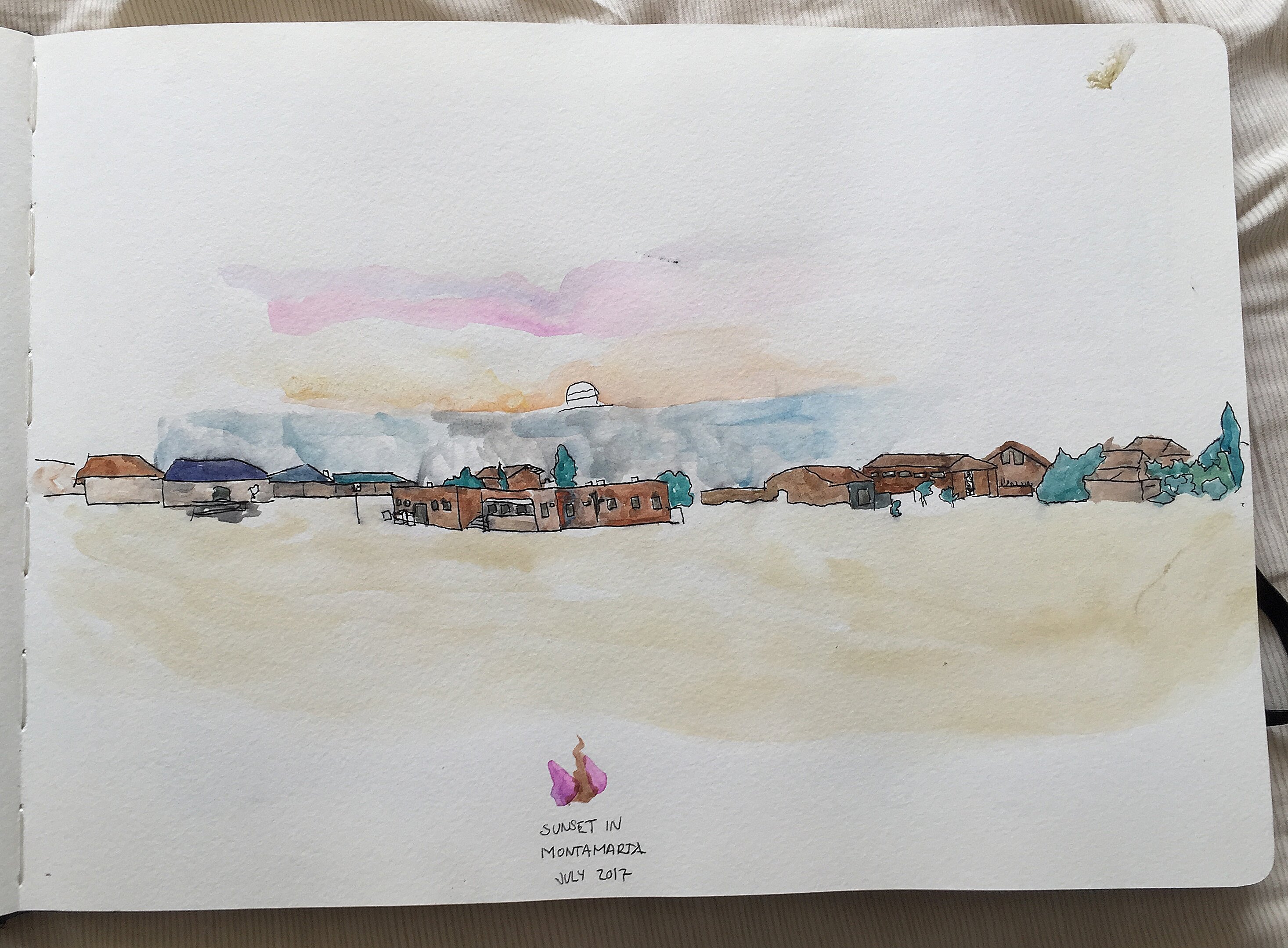 I approached a table with four old men playing cards in Montamarta, a small village in Extremadura. I asked for Don Tano.

—“Quién lo busca?” who is asking for him?, one of the men asked suspiciously.
—“I’m walking the camino, and passing through this village I found about the festivities, and I’ve been told Fausto is the artisan who makes the masks.
—“And?”
—“And I’d like to see the masks, and possibly purchase one from him”. 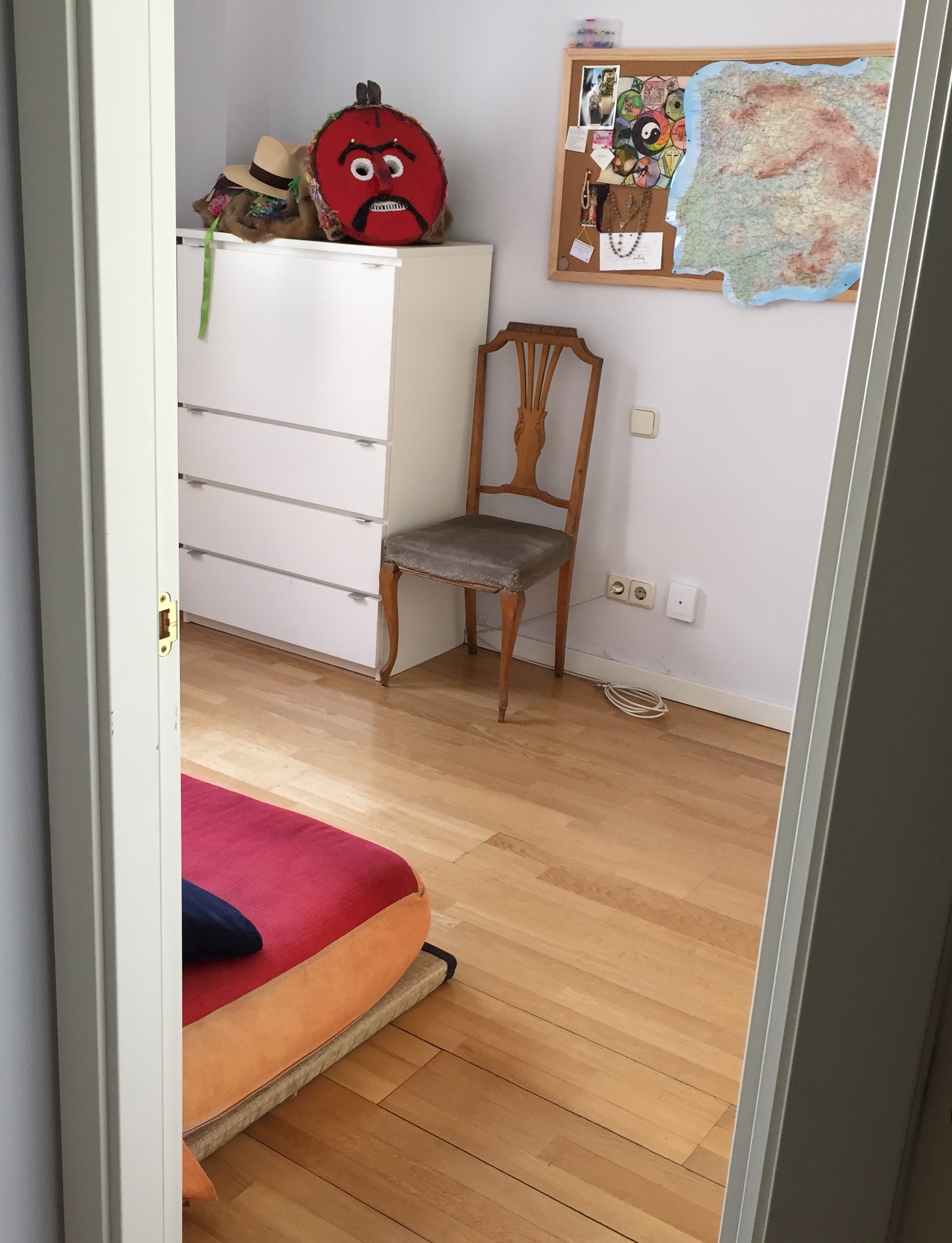 The man stood up and revealed he was Tano. Even after a significant amount of diplomatic pleading we was still hesitant to take me to his home.

—“I can’t make anything for you, if that’s what you want. I’m too old for this now. I turned 87 this year.”
—“If I am to buy a mask from you, it is to be a mask that has been danced in ceremony. A mask that is not danced is a worthless trinket for tourists. So I would buy something used, not new”.
—“Let’s go and see what we can find”.

On the way to his home he revealed that his wife had died some months ago, health problems had been plaguing him lately, and he was eager to follow her to the grave. From my mouth came out words which I didn’t speak: “You’ve done your task, you’ve kept alive the tradition of your land. If you want to leave, you are in the right to do so”. I sensed his family was hanging on to him, preventing him from leaving.

We came to a typical Spanish pueblo house, but the front was decorated with beautiful hand painted mosaic. It had the virtue of being creatively artistic and traditionally conservative. We entered through a small courtyard with a prodigiously prosperous nectarine tree. We entered through a small door into a kitchen which, judging from the style, had been installed forty years ago, but looked brand new. I commended everything I had seen, but the man was uninterested in flattery.

He made me sit and went to fetch something. He came back carrying hand made dolls of the zangarrones in exquisite detail. He told me a story about an ambassador who had bought a number of them. I expressed amazement, but insisted that I wanted a mask that had been danced. He didn’t understand why I would be interested in such a thing, but he shrugged his shoulders and said “follow me”.

We went out to the courtyard again, and we squeezed through a tiny cement staircase going into the attic. Everything was covered in dust. He approached a table and pulled a blanket, revealing a wooden red mask. My heart leaped: yes! this is exactly what I’m looking for!

—“But this is terrible condition”.
—“It’s been danced before, right?”
—“Well, yes, it’s used. I had it here because I intended to restore it. Here and here you can see it’s age and I’d need to replace the rabbit ears. But the fox fur is still holding up”.

On my walks I had been chasing foxes off the camino. The pursuits always led me to interesting places. I knew the mask was meant for me.

He said a price. I paid him twice than what he asked for. I was elated and he too. We shook hands which converted into an awkward hug out of emotion. I took the mask to the albergue and the next day I head to Madrid to store it.

In time, the meaning that has become imbued in the mask is about having the courage to leave the known trail. Walk into the unknown with the cunningness of a fox, and the alertness of a rabbit. Explore inwardly and outwardly through unexplored intellectual and physical landscapes. Allow experience to reveal knowledge.