I sometimes wonder if writing about the way I deal with certain kinds of work simply reinforces bad habits, as if I were describing my ego and thus seeking justification for the way it behaves. I feel compelled to justify or explain my behavior because I feel bad about it, explaining it to myself might make me feel less bad, but it does nothing to resolve the problem.

What happens to me is that I often avoid opening client emails for several days. I may send work for client review, and then feel uneasy or anxious about the feedback, so instead of reading the email I go off and do many other unrelated things until no more time can be squandered in this senseless procrastination. By the time I open the email, I often find that the feedback or the response was positive, and I all the time I was dreading reading the email seems silly.

MacOS notification thingy just showed me a photo from four years ago, tangentially related to what I’m writing, and I wonder if this is enticing me to further distraction in order to avoid opening the email, or if this is something that I should write about in order to therapeutically deal with this disorder in my affective emotional state.

I will chose the second. 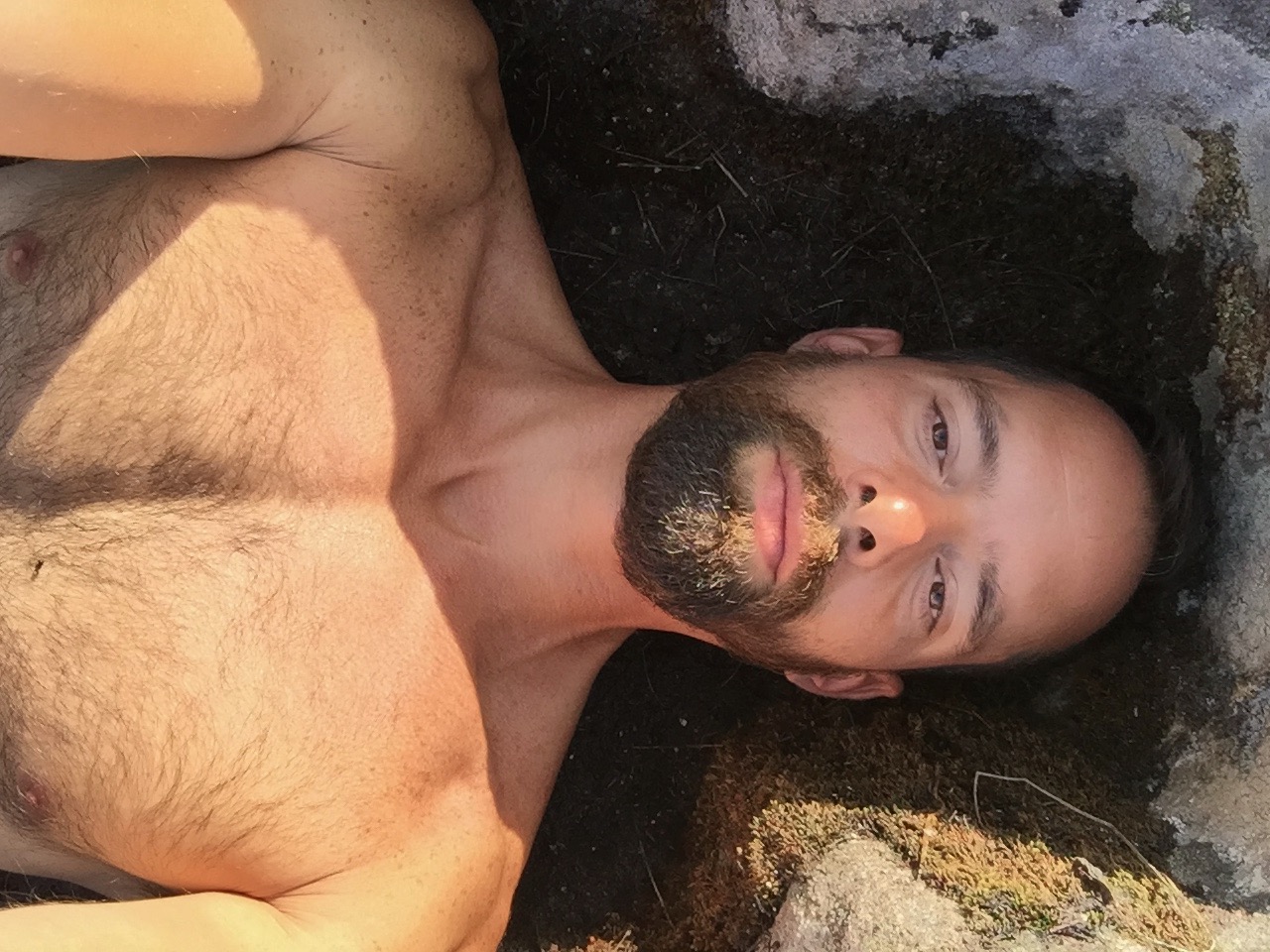 This picture was taken exactly four years ago.

I was walking the Vía de la Plata in Spain, near the Roman arch of Caparra, and someone told me that on the other side of some hills there was a beautiful valley called Valle del Jerte, which was full of cherry trees which were blossoming at this time of the year. This captured my imagination, so instead of doing my day’s walk, I decided to go over the hills to find said valley.

I ascended by the way of intuition, simply going up. The hills looked small enough, but this was just an illusion, as soon as I ascended enough I saw that the true height was obscured by the initial hills. Still, I kept on ascending. Along the way I saw signs for “Piedras talladas”, which means “sculpted rocks”, I knew this was a place where bronze-age herders had settled and that this referred to their sculptures, which I wanted to see.

I followed the signs but never found what I imagined would be a sort of park or museum showcasing these sculptures. I heard a chainsaw in the distance, so I decided to follow the noise and ask the person where I could find this place. Finally, I found a man trimming a tree on his property. “Excuse me, could you please tell me where are the sculpted rocks?” I asked him.

“Who told you I have sculpted rocks!?”, he replied alarmed. I eased him by telling him I was simply following some signs of which I had lost track. We entered into small conversation about my quest to cross the mountains to visit Valle del Jerte, and the man felt compelled to show me the sculpted rocks he had on his property.

He had hidden a stone tomb under some bushes, because it could be taken away if authorities found it. The tomb had a puddle of murky water and was in bad shape, but when I saw it I just knew I had to climb inside. This would be a strange request to make to the man, so I simply said that I wanted to take some good pictures of it, so I asked for permission to clean it. The man acceded on the condition that I send him pictures after it was clean. He went away while I cleaned the tomb. 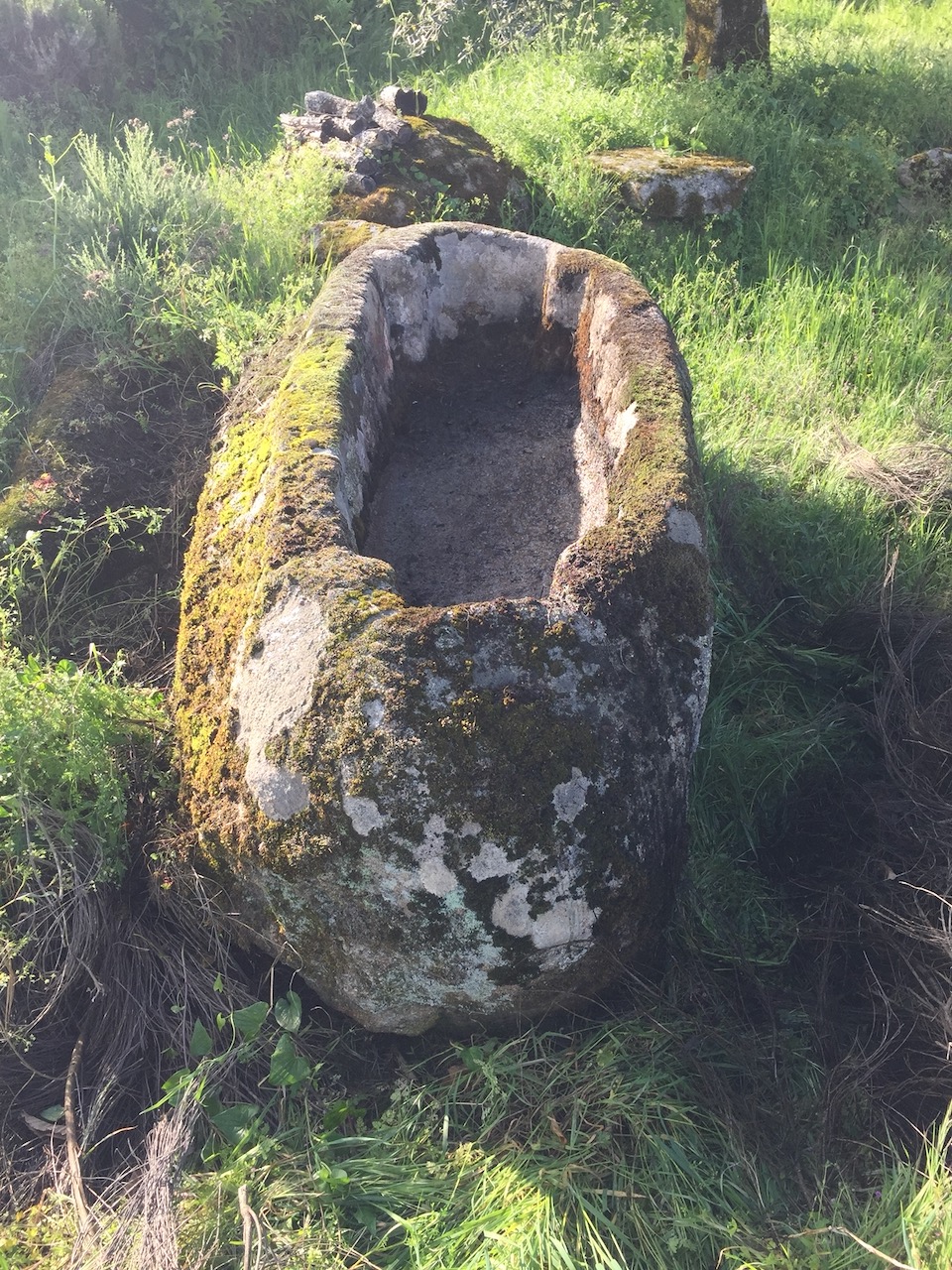 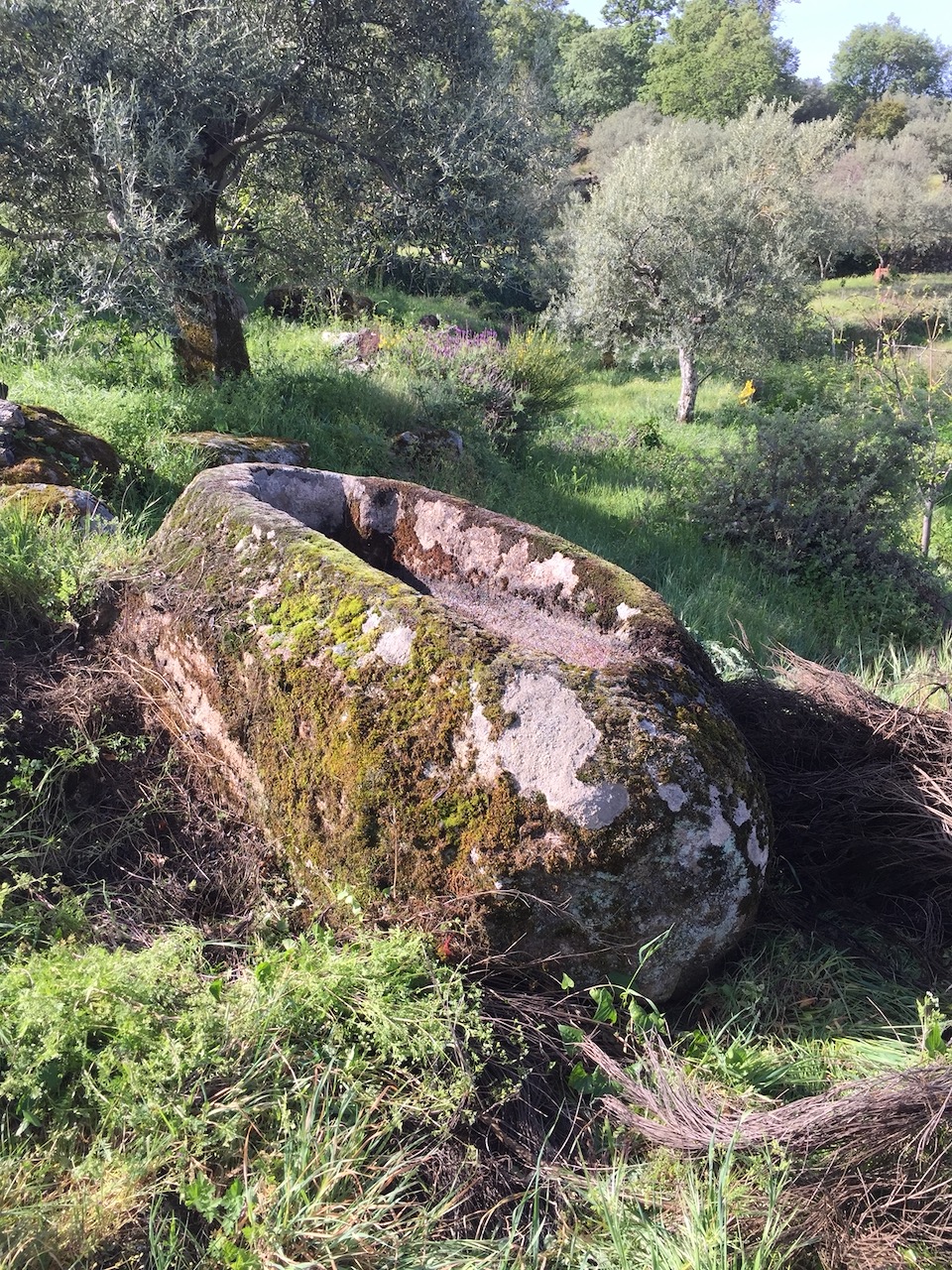 When I was finished, I stripped naked and laid inside, meditating upon death. I felt an outmost tranquility and I wished to look at myself in this state, without a mirror I could only take a picture of myself. Which is what happened on this day, four years ago.

These deaths are ego deaths, in which parts of ourselves strip away revealing more authentic parts of ourselves. In this action I remember that I used to have a very fragile profesional ego, and the way that I dealt with having this ego hurt was by avoidance. Nowadays I consider this ego to have died in order to give way to a more experimental fool, but the habits instilled by fragile designer ego still reside within me.

So, if I get negative feedback from my client, this should no longer affect my self-esteem, because appreciation of the self is not based on my professional performance. What is it based on now? Self-esteem is an inaccurate model for how I deal with myself these days. I do fall into the trap of praising or condemning myself now and then, but this is superficial, when I contemplate inwardly I remember that I am an inexorable and interconnected part of spirit, a great wave of sorts, and that my mistakes and successes are equal in significance towards the teleological destiny of humanity (and mostly meaningless).

I shall read the email now.

Client is optimistic about the constraints I had proposed. I must remember: avoidance (and thus procrastination) belongs to the past. What happens in life is not about us, it is the very unfolding of universal spirit.