There’s so many trivial things I would like to document, but documentation takes one third of the time of execution so I’ve been avoiding it. But then I thought: I ought to either learn to enjoy the process of documentation, or to become more efficient in the way I document.

“Why not both?” the astute reader may ask. Well, my friend, speed and creativity are at odds. To try to optimize and be more creative is trying to pull in different directions at the same time. Breathing comes in and goes out. Should I attempt to breathe in and out at the same time I would choke myself out of stupidity. So, having agreed to not attempt both at the same time, what should we choose?

Do I need more of this? Or do I need less of this? This depends on my enjoyment. The stoic philosopy is for people like Marcus Aurelius who governed because he knew it was his duty, but would have very much preferred to dedicate his life to philosophy. It has become popular because more often than not, people dedicate their lives to something in which they find no meaning, and stoic philosophy is great for putting you through things that you don’t want to do.

But philosophies are just shelters for rain. It’s warmer than outside and there’s other people but ultimately must be learned is to be indifferent to rain, and to visit many shelters and chat with the people there. No shelter is my enemy, these are just communities of people who practice a way of thinking and get along together. It’s better to be the wanderer who roams amongst shelters.

Today my task was simple: in two hours, remove all rocks from the garden, and figure out a way of organizing them. 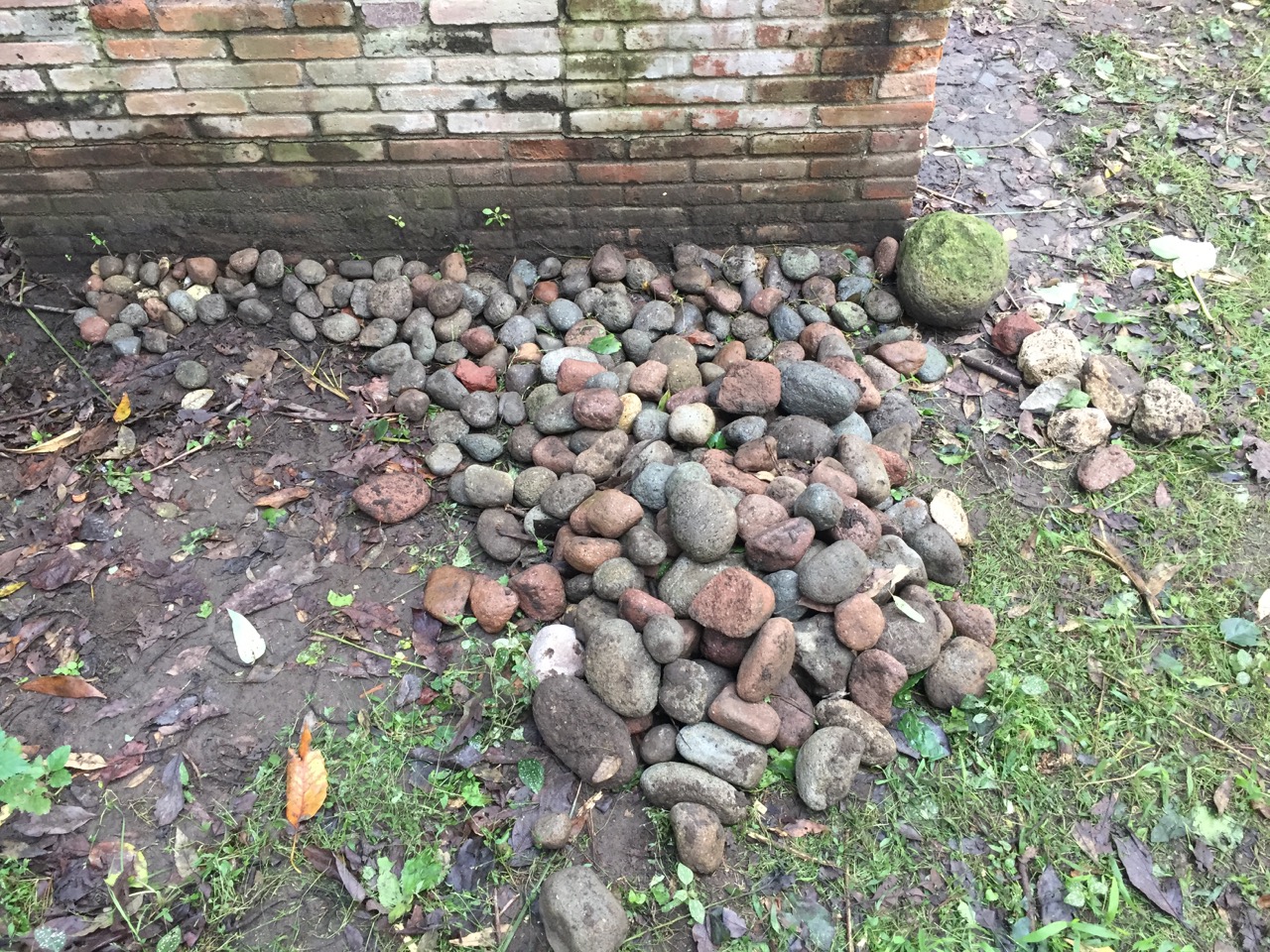 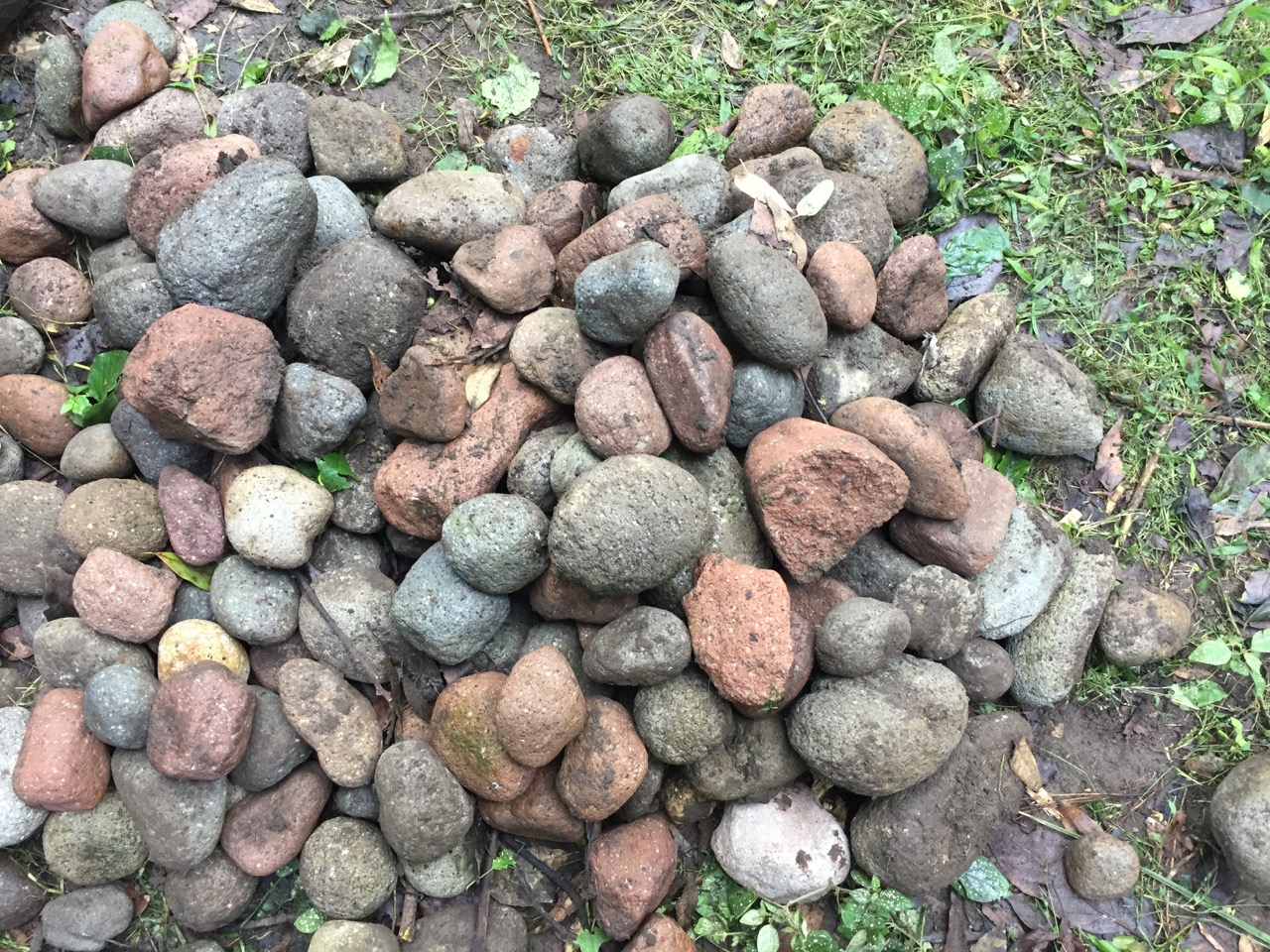 How should we categorize them? By size? By color? by shape?

That depends on the use, and I have no use yet. I wanted the flexibility to use them in whatever way I would deem appropriate in the future. So I first started by creating three piles where I placed large, medium and small rocks, subdividing them by color. 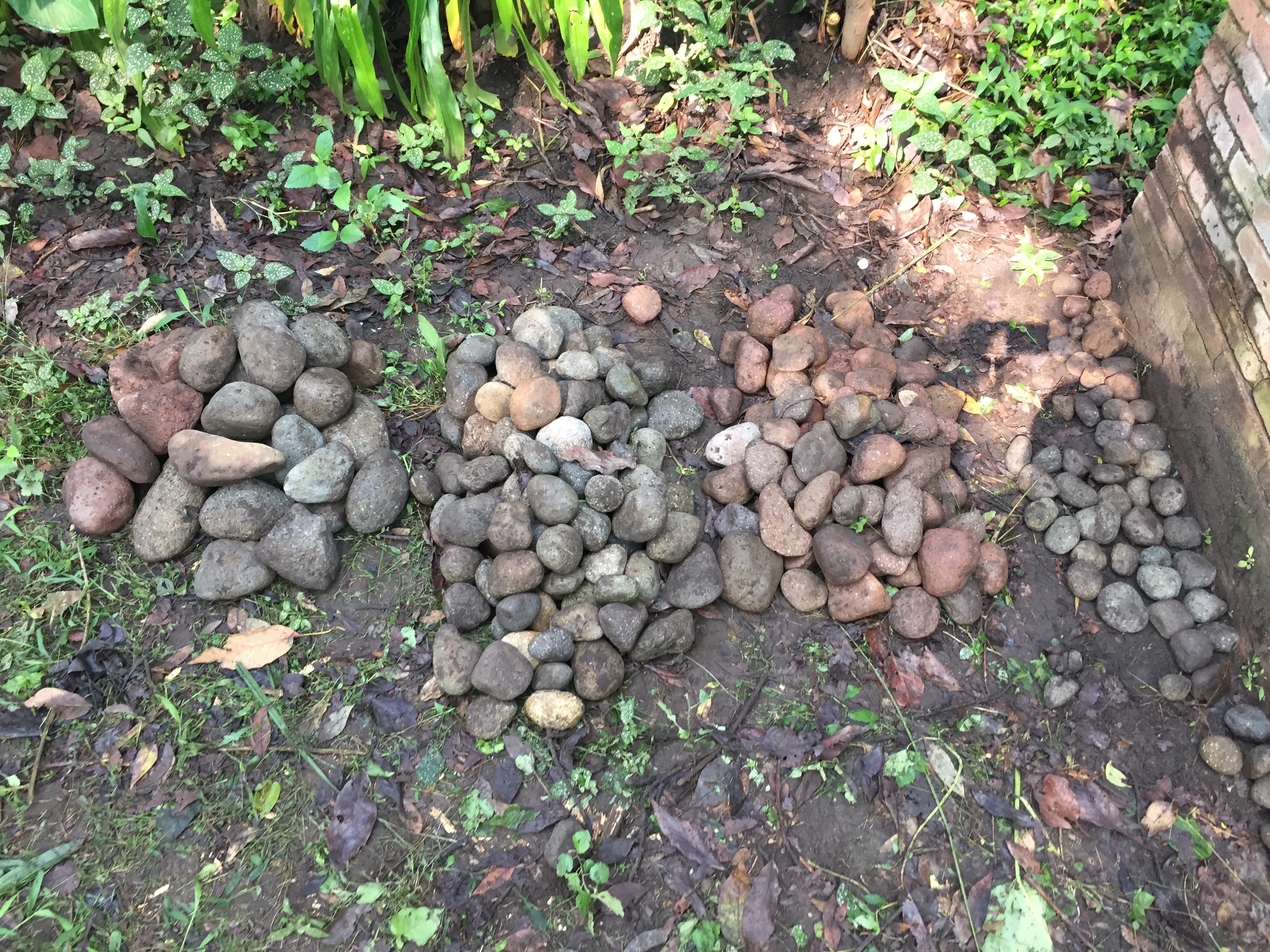 I noticed how reticient I am at categorizing

Since the large ones were the fewest, I attempted to sub-organize them and I found easier to organize by spectrum. This could be suborganized into size and shape, but that’s fastidiousness. 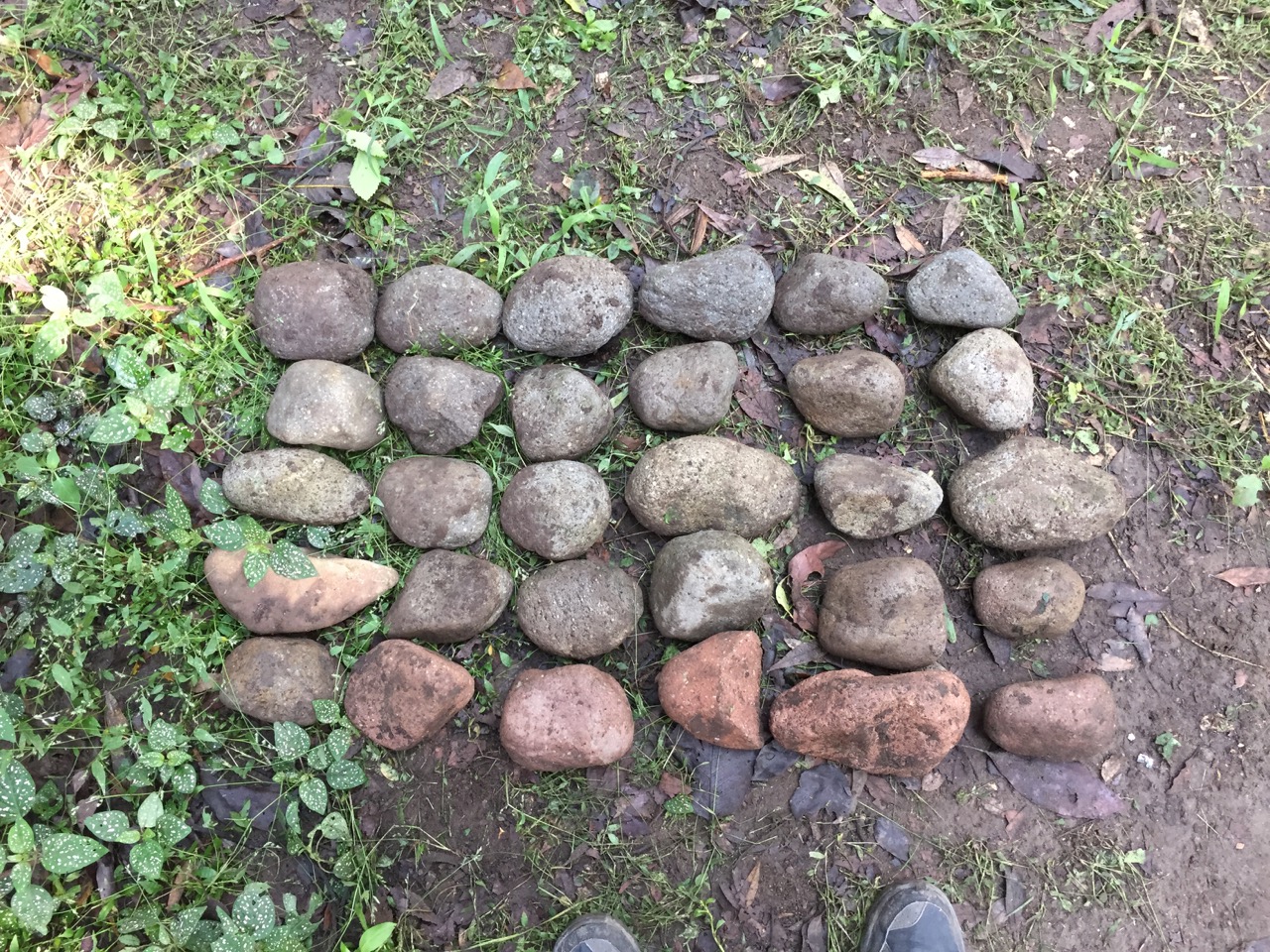 Then I repeated the process on the rest of the rocks: 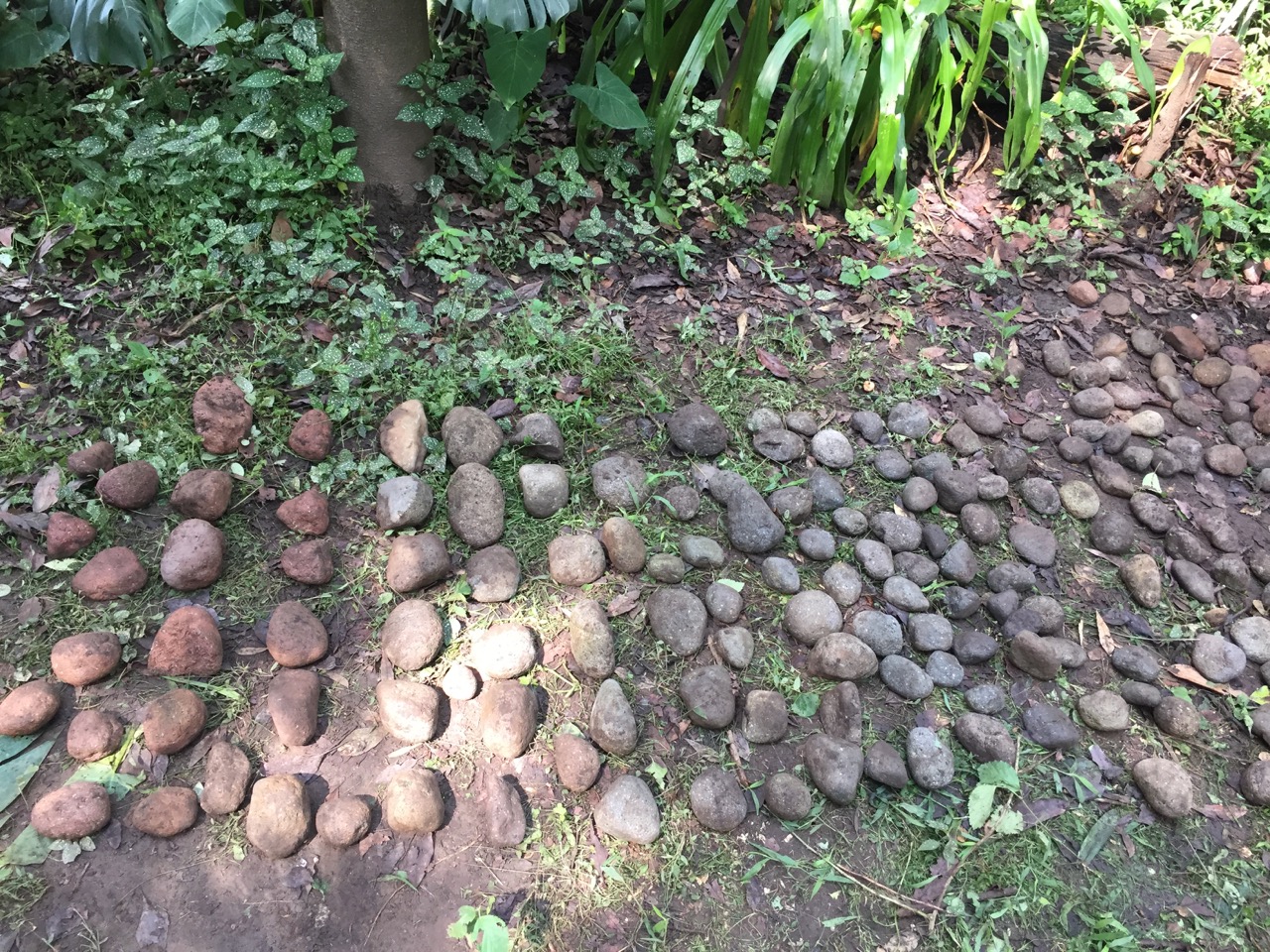 I had allotted two hours to this “project” so I left it at this. Tomorrow or later in the day I’ll make use of the rocks, and I’ll document their final destination. It was fun!

I am exhausted but happy And again