I’ve been ignoring a problem because I have important things to attend at this moment, but I would like to think it out loud. It is an important decision of how to dispose of a living thing.

I live with two roosters.

It’s surprisingly not bad. My mother put a flock in the inner patio, and natural selection narrowed to these two gentlemen. I don’t want to repeat the drama I was told about how it happened. Suffice to say: I’ve been feeding them but they live in an undignified state.

Their feet are infested with mite. 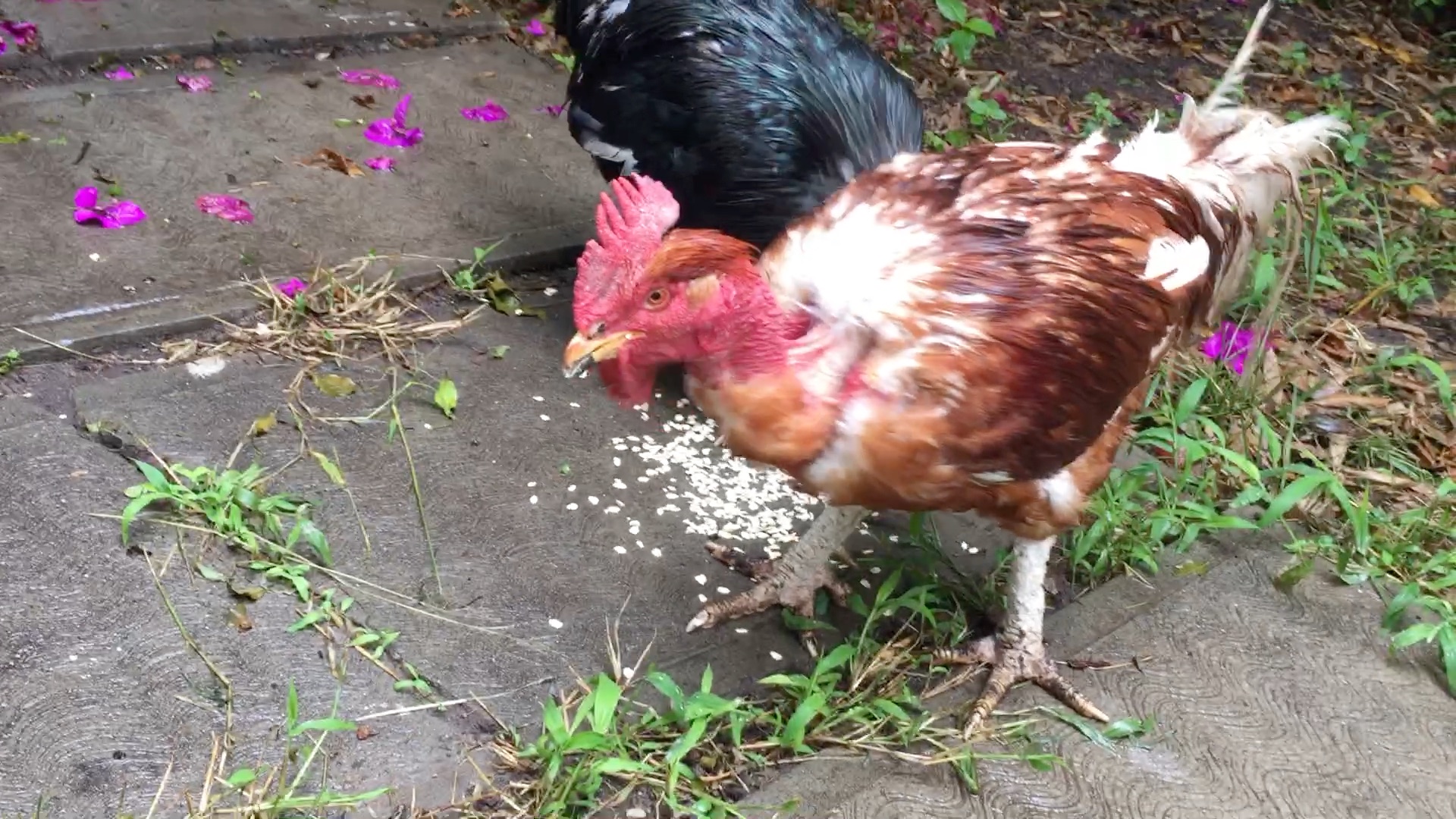 I ponder: these two are impossible to give away. The compassionate thing to do goes in two extremes: either you cure and heal, or you ceremonially sacrifice them (with the help of a veterinary/shaman, hopefully).

Either one is equally instructive. Why should not this apprentice of life learn not only to cure but to kill? Let us see, from experience, what impressions these things cause upon the soul?

I sat down and observed the roosters: one is reddish and has many bald spots. He is the beta and is obviously under a lot of stress.

The alpha one is one majestic black rooster. I was reminded of DH Lawrence’s The Man Who Died. Resurrected Jesus stumbles upon a beautiful rooster.

They both have terrible mite infestations. They peck at their own feet and have lots of dead skin, causing those oversized feet.

What should I do?

What would curing involve?

I searched a bit and doctor internet has two options.

Unfortunately, I think removal of dead skin must be manual if one wants full healing. Ivermectin is not used in poultry meant for human consumption, so giving them this bars anybody from eating them. Deal.

What should I do?

The higher the number, the more you learn. The astute reader will think: why cure both and then sacrifice one? Indeed, there lies a koan worth months of meditation.

Can I dedicate myself to such a foolish enterprise? If it ain’t now, it’ll be never.

I will cure both and then decide.

Thank you for reasoning with me.

Gym progress explorations Back in college