I checked out out a book from the library which seemed immensely interesting at first sight: 82 objetos que cuentan un país: una historia de España. (82 objects that tell the story of a country: a history of Spain). However, upon closer inspection, I was disappointed by the approach of the book. The object is simply an excuse to speak about a location, a discoverer, a maker, an event or a cultural phenomena. The object itself (the product) is only discussed superficially.

Many of the products are objects of technology. The vernacular definition of technology is anything that is shiny and new, but a more accurate definition would be anything that extends the innate capabilities of human beings. I would define a product as a subset of objects that were created by human beings with a deliberate purpose. An apple is an object but not a product. Some works of art are products. A natural rock which serves as a stool is not a product, a rock shaped to be a stool is.

The first product that the book presents is the Excalibur biface, a stone axe found in the archeological site Atapuerca: 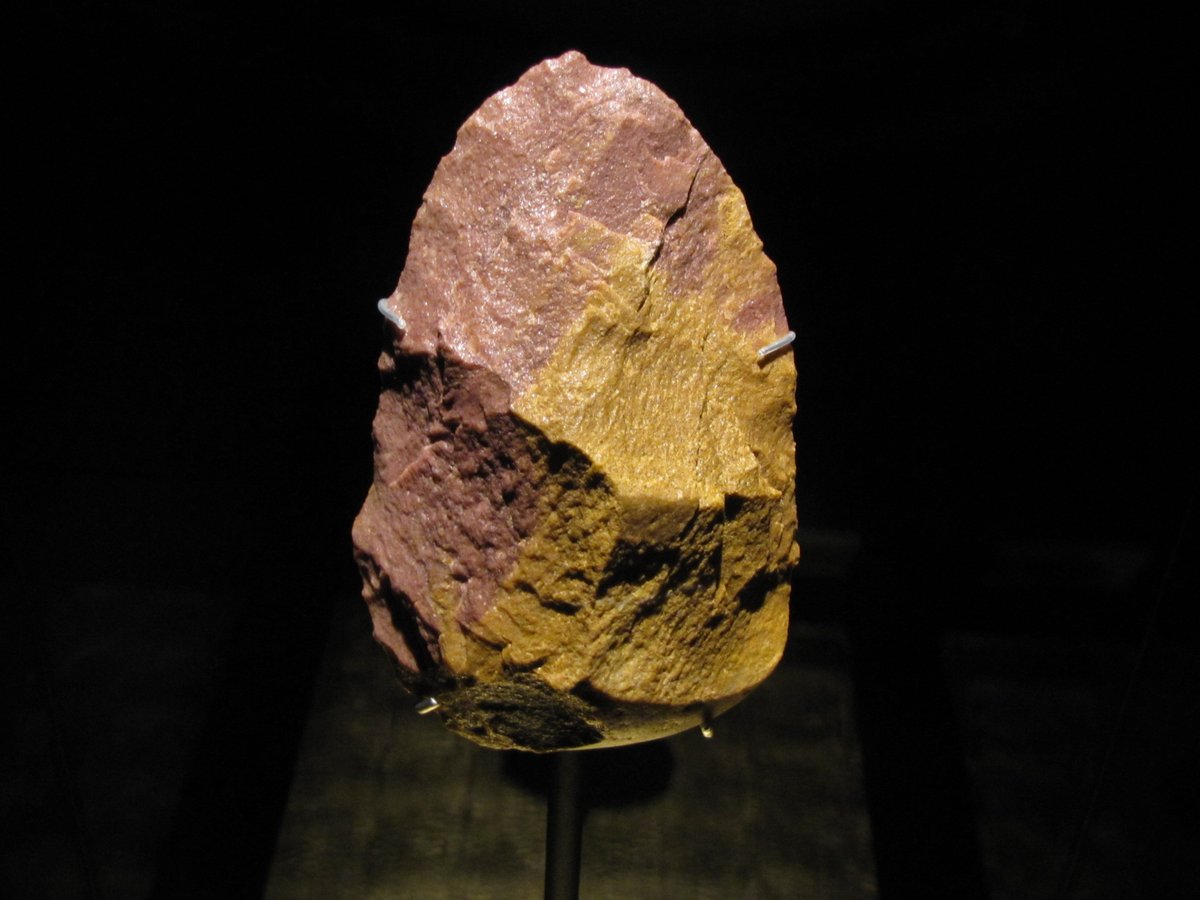 Atapuerca is located in a prehistoric migration corridor used by grazing animals. Neanderthal ancestors (it is discussed if these were homo heidelbergensis or a new species named homo antecessor) would use a natural trap there: a cave which had a chute and a side entrance. Early Neanderthals would lure or chase animals to the top chute where they would fall down to their death, and then use the side entrance to get to their meal. This feature made it a popular spot in prehistory, but Atapuerca consists of other cave systems which also yield archeological bounties.

The place where the Excalibur biface was found was a 13 meter long chute with many hominid and cave bear fossils were found at the bottom. It seems that these hominids (which are Neanderthal, not Sapiens ancestors) would use this chute to dispose of their dead, as in a cemetery, but archeologists often bicker among themselves and some argue that they might have been washed to the site from other places.

Some archeologists state that Excalibur was a ceremonial offering for their dead, the first one in recorded history. The facts that seem to support their hypothesis are the fact that this hand axe doesn’t seem to have been used, that it was quarried from a location far away, that it is larger than usual and that it has an aesthetic symmetry.

Others argue that this is highly speculative. The earliest evidence of ceremonial burial is 100,000 years (by Neanderthals), excalibur is half a million years old. There is simply not enough evidence to know if its placement was intentional.

Excalibur is an example of Achulean technology, a term archeologists use to distinguish techniques for fabricating stone tools. Hand axes of the Achulean industry are perhaps the first examples of product design, its fabrication required the hand-eye coordination modern designers are familiar with, along with an overall plan on how to execute the piece. Here is a video on its fabrication:

So, was the purpose of Excalibur ceremonial or utilitarian? In my imagination, a master tool maker loses his life and is dropped down the pit. A tribe member, filled with grief, throws the last product of his fabrication after him. His fellows had never seen anything like it, yet they all feel in their heart it is right. 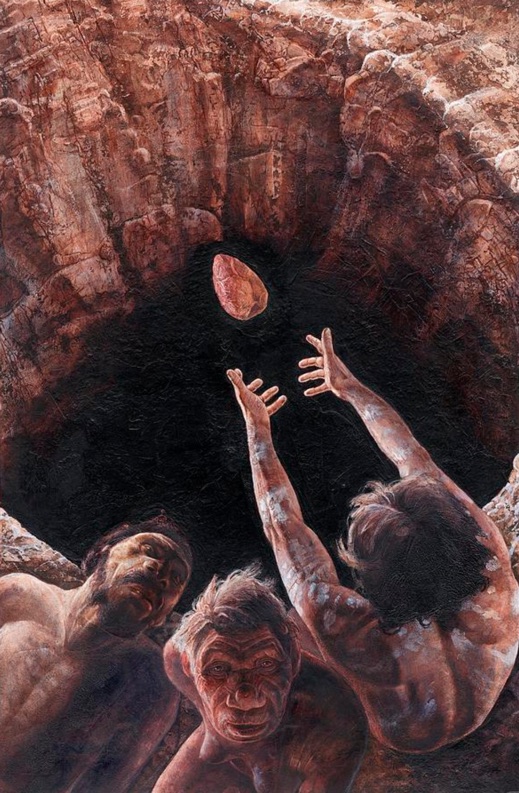 A Monk's Guide to a Clean House and Mind Observing emotion